The all new ŠKODA Enyaq iV makes its debut as the lead vehicle in the Tour de France.

The long-awaited ŠKODA Enyaq iV electric SUV has made its first appearance as the lead vehicle and mobile control centre for Tour Director Christian Prudhomme and race commissioners of the Tour de France.

ŠKODA has been the official main partner of the world’s largest cycling event since 2004, and topics of sustainability and electric mobility took centre stage during this year’s Tour de France.

Turning a yet-to-be-released car into the star of one of the most-watched sporting events on the planet wasn’t a small task! Read on to found out exactly how the new ŠKODA Enyaq iV was transformed into the ‘Red Car’ for this famous event.

The red-painted Tour de France Enyaq iV has a panoramic glass roof, six antennas, special sirens, a refrigerator, and a state-of-the-art communication and command centre in the rear. This equipment allows information to be transmitted to and from the vehicle, and the Tour Director can organise the traffic in the field of participants from there. In addition, the Enyaq iV has a modified chassis for its use in the Tour de France, making it ideally equipped to meet all the demands of the competition. Following its world premiere in Prague on 1st September, the branded ŠKODA Enyaq iV enjoyed the international limelight at the start of the Tour de France. The Red Car drove the 183km stage from Gap to Privas, as well as stages over the following weeks, and the final 122km stage to Paris. There, they reach the finish on the Avenue des Champs-Élysées after completing 21 stages and a total of 3,470km.

To transform the Enyaq iV into the Red Car, designers had to make some tricky adaptations such as creating a sunroof to allow the tour director to easily stand up from his seat.

There is also a refrigerator for two bottles of champagne in the Enyaq iV and 3D printed champagne glass holders!

The Red Car also has power-operated beacons and radio stations so the director is in communication at all times. There are two 75 ampere batteries in the car’s luggage compartment. Want to be first to know when the Enyaq iV lands in New Zealand? Learn more about this long-awaited, new fully-electric SUV and register your interest today. 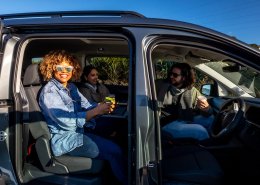 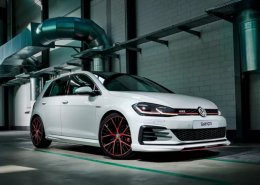 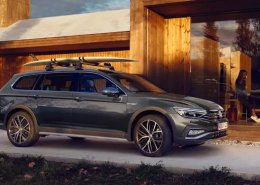