The Road to World Car journey concluded today at the New York International Auto Show with the declaration of the Volkswagen Polo as the 2018 World Urban Car.

“The whole team at Volkswagen is delighted to have won the 2018 World Urban Car award with the Polo … With around 17 million units sold, the Polo is one of the most successful compact cars of all time and a pillar of the brand. And the sixth-generation, based on the MQB platform, is even sportier and more grown-up than its predecessors.” This year’s winner was chosen from an initial entry list of eight cars from all over the world, then a short list of three finalists as announced in Geneva earlier this month: the Ford Fiesta, the Suzuki Swift and the Volkswagen Polo.

The World Urban Car award was introduced last year because it’s an award whose time has come. World Car vice-chairman, Mike Rutherford, commented, “Everyday cars in many – perhaps most – parts of the world will have to become smaller if road and parking space is to be found for them in increasingly packed towns and cities whose populations are swelling annually.” Last year’s inaugural World Urban Car winner was the BMW i3 (94Ah).

Vehicles in all award categories are selected and voted on by an international jury panel comprised of 82 top-level automotive journalists from 24 countries around the world. Each juror was appointed by the World Car Steering Committee on the basis of his or her expertise, experience, credibility, and influence. Each juror typically drives and evaluates new vehicles on a regular basis as part of their professional work. Through their respective outlets they collectively reach an audience of many millions world-wide. The international accounting firm KPMG tabulates the jurors’ ballots. 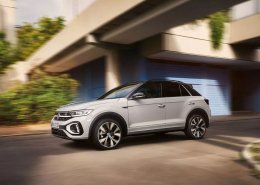 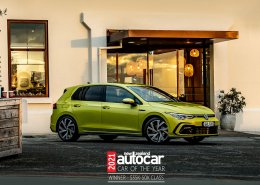