A word with our Olympic Cyclists

New Zealand had a comprehensive team at this year’s Olympic Games in Rio de Janeiro, including a large cycling squad. Amongst the team were official ŠKODA Ambassadors, the Men’s Sprint Team which consisted of Eddie Dawkins, Sam Webster and Ethan Mitchell. Also accompanying them was Canterbury Track Cyclist, Olivia Podmore, who is proudly supported by Miles Continental.

The men’s sprint trio proudly came away from this year’s Olympics with a silver medal after a tight race with Great Britain! While Olivia Podmore didn’t achieve a medal, she came away from the Olympics raving about her amazing experience with the New Zealand team, and pumped for her Tokyo Olympics campaign in 2020.

Now that the team have returned to New Zealand and are having some time out before they focus on their next cycling achievements, we took this as an opportunity to speak to Sam Webster, Ethan Mitchell, and Olivia Podmore to congratulate them for their achievements and ask them for their thoughts on the Rio Olympics!

“It was a fantastic experience. We had spent four years training and preparing for Rio. All the weeks of suffering and sessions grovelling become worth it when you are in the best condition of your life in leading up to the Olympics. To be on such great form in a country with so much passion and flair, it was fantastic.

We headed to Rio chasing Gold. We gave it our absolute best and executed three very tidy rides, holding the Olympic record after the second round. This was everything we could give. We really wanted gold, but I’m immensely proud of what we achieved with our Silver Medal, and of how we approached the racing.” “I have spent a decent amount of time in Colombia over the years for certain races, but never anywhere else in South America. Flying into Rio was like something out of Jurassic Park, with beaches, mountains and a city all in such close proximity. The people were incredibly passionate and so welcoming. The village – despite the poor media around its preparation – was incredible. We had everything we needed in order to perform to our best ability.

Our preparation leading up to the Olympics was better than it has ever been before a pinnacle event. We had a great block of endurance and strength training in New Zealand before spending two weeks in East Germany, racing our last build up races. We then worked on our power for one month in Zurich, followed by fine-tuning our speed in Bordeaux with the full squad. We had seven days of training in Rio before race day which was really just about familiarising ourselves with the track.

We had done so much work on what to expect mentally and physically on race day that when it came to it, we were all so relaxed. We have strict warm up routines, so its easy to get out of the moment and focus on that. I think nerves are a good thing if used the right way!

It was incredible to stand on the podium with two of my best friends, knowing how much work they have put in. To look up and see my family in the crowd was something very special to me.

We are now just back into training after having the longest break I have had in six years. It is a long road of hard training ahead, but Sam, Eddie, and I are all so motivated for Tokyo and turning Silver into Gold.” “For me, Rio was a childhood dream that became a reality in a matter of a few months, some would say that my dream came to an end when I came crashing down in the Keirin (my favourite event!). For me this wasn’t the case, as the Olympics were an amazing experience that allowed to me to get taste in order to ensure optimal performance for the 2020 Olympics in Tokyo. I couldn’t have asked for better team mates and staff to take on this campaign with, each and every person had an input in some way. As well as all of the support from sponsors, family and friends back home. It made it extra special knowing that everyone was behind me 100%.

The atmosphere in the velodrome was amazing, and the Kiwi team had a whole lot of supporters in the stands and it was extra special hearing their cheers! The velodrome is an environment I was used to, but the Olympic village was a whole other deal. On the bottom floor of the New Zealand apartments, we had TVs set up, Nespresso machines, and even Pineapple Lumps! That was definitely something very cool which added to the “Kiwi Olympic experience”. In these apartments, we were also able to mix and mingle, and make lots of new friends.” 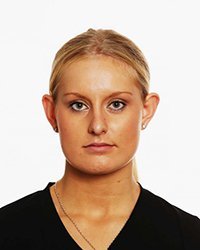 What are pollen filters?
Scroll to top