The township tasked resident volunteers to roleplay as causalities as they trained first responders to provide necessary care. New mobile technologies were used, transmitting crucial information back to the Emergency Operation Centre (EOC) in real time.

Animal Welfare played a huge role in the operation. Staff from local councils and the SPCA prepped and problem solved as they cared and dealt with the large number of animals affected in the event of a disaster. The Volkswagen Amarok was on hand to provide four-legged friends transportation to the Oxford A&P showgrounds, the designated animal welfare centre. Participants that day included several dogs, and according to the SPCA, one very vocal goat.

Emergency Management Adviser, Brennan Wiremu cited the need for New Zealand to seriously consider their plans of action for animals in an emergency. “As we saw during the Nelson fires, we may be required to evacuate and look after hundreds of animals, both big and small. So having an opportunity for our Animal welfare agencies to practice is incredibly valuable,” Wiremu said. 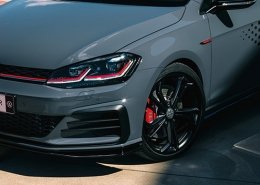 Sinch eBikes and ŠKODA Team Up
Scroll to top