An Ode to to Volkswagen Kombi

A beacon of light to the free-thinker dream-seeker, the Volkswagen Kombi is heralded as an iconic piece of motor history.

So what makes this brightly coloured, square-like hunk on wheels so appealing to everyone from vanlifers to corporate suits? Aside from the sheer allure of it, this rolling house symbolises a lifestyle that is free, easy, and full of adventure. Who doesn’t want that?

Before we break into a love song, let’s dive into the history of the Kombinationskraftwagen, better known as the Kombi. Designed in the 1950s by the Dutch inventor Ben Pon, the Kombi was a simple vehicle. Perhaps Ben was raging against the flashy, long-fendered, chrome-plated machine that was ’50s car design, or maybe he was just trying to keep production costs down. The van was designed and adapted from the original T1 beetle, with a little more room to live.

The vehicle was inspired by a parts-mover Pon observed during a visit to the Volkswagen Wolfsburg factory, which got him thinking about how the VW Beetle could be developed into a commercial vehicle.

The Kombi was officially called the Volkswagen T1 Transporter. The first version was lovingly referred to as ‘Splitty’, due to its splitscreen front window, and achieved mass adoration almost immediately. Thus began it’s long, strange trip of groovy designs, icon status, and more. Hop on the journey to learn more.

After quickly realising that the T1 was a massive success, Volkswagen went back to the drawing board with some much-needed updates and released a new version. Appropriately named the T2, this version was released in 1967 and swapped the split window for a bay window style. This change meant the T2 was now affectionately called ‘Bay’, keeping with the nickname-based-on-window-style theme.

The Bay updates included a larger engine, 12-volt battery, 90° front doors, and a much heavier body. These bad boys were built in Germany until 1979 and Mexico up until 1994, flooding the Mexican Baja and California coast market with the perfect surf-bum vehicle. Out went the long, flowy hair and trippy music of the ’70s, dragging the free form shape of the Kombi with it. The ’80s ushered in wild hair, loud music, and sharp lines in the Kombi design. The van grew – again – and became a bit heavier. Square was the shape of the day, replacing the round beetle-like headlights with squared counterparts.

The Westfalia was released during this production period, with a conversion that included an oven, sink, refrigerator, and pop-top roof, making it the perfect vanlife vehicle. Modern marvels were also included, like power steering, heated mirrors, and more. Ahhh, the ’90s. The T4 kicked off production in 1990, with a very important update – a water-cooled engine in the front of the vehicle.

Updated options like permanent 4WD, sliding door on the passenger side or both, and high-top roof meant this style was popular for building campervans. The T4 remained in production until 2003.

The T5 and beyond look most similar to the models you may see driving around New Zealand today. With a modern look, plenty of room, and some crucial updates, these vans are ready for work and play.

The Kombi has seem some interesting iterations from its creation, most notably this Kombi e-Bulli, an official electric bus restomod. This gorgeous orange Volkswagen bus has been beautifully restored and made fully electric. Check out more about this one-of-a-kind beaut, here. | The Grand California – the Next-Gen Kombi

Volkswagen has stepped up their #vanlife game in the Grand California, and there’s no luxury spared. Gone are the hippie days of no showering (there’s a shower and toilet on board), campfire cooking (full kitchen), and a bad night of sleep on a lumpy mattress (super comfy bed with plenty of space).

The Grand California couldn’t have come at a better time, either. With staycations and local adventures the new norm (thanks COVID), Kiwis are ready to explore their homeland. Or is it home island? Either way, the Grand California provides all the comforts of a hotel, but on wheels. Breakfast with a view of Aoraki, anyone? Are you ready to get California dreamin’ in the next-generation Kombi? If you’re ready to get started on your grand adventure or wish to try the Grand California (or another van!) for yourself, please get in touch with our Volkswagen team.

Register your interest now to be the first to know when the Volkswagen Grand California is here. 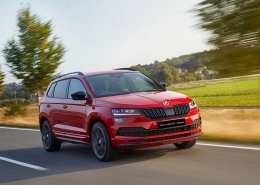 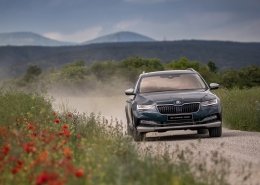 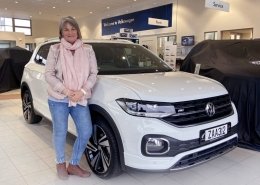 The All-New ŠKODA Enyaq iV makes its debut as the lead vehicle in the Tour...
Scroll to top